You Are Free to Change It 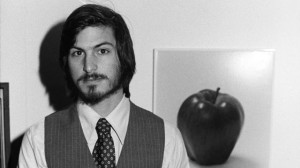 One of our favorite articles we found this week was written by Wired journalist Mat Honan who said:

Jobs, like the titans of industry before him, realized that when we think about how the world works, we are actually thinking about the way people have made it to work. And that means that if you don’t like the way the world works, you are free to change it. Which is exactly what he did.

The article then claims a reason we idolize Steve Jobs so much is because he was a creative leader of industry, who was also extremely wealthy.  Other men we’ve pedestaled?  Thomas Edison, Henry Ford, Sanford White, you get the idea.

Another is that he really did change the way we think, do business, and connect with one another.  He humanized the computer.  He changed the way we listen and buy music.  He was also an inventor who found enormous success, failure, and Renaissance during his lifetime.  All rare and astounding attributes of a legend.

Finally we idolize Steve Jobs because he’s found a way into each of our lives.  For decades we’ve been getting to know his products, support his vision, and marvel at his ingenuity.  So in the end its not merely Steve Job’s we’re admiring, but we’re admiring our own capacity to “Think Different”.

This week in your business, if something doesn’t make sense change it…the only way to grow is through ingenuity.

What is in a Name?