Using Profanity to Build Your Brand

Some people see profanity in media as a negative aspect but then again, what can make an ad more real than adding language that relates to people at one point or another. Marketeers saw the “realness” in having profanity in ads, but for a family-based audience, the allusion worked just as well. Many brands such as Jell-O and K-Mart followed this route to an entertaining and memorable campaign.

Jell-O made a twist on the popular acronym FML by changing the phrase to “Fun My Life.” Through this campaign came the tagline: “We’re on a mission to fun things up one #FML tweet at a time.” This idea makes for an ad that’s both familiar to the people and quirky. For those who use profane language, it’s hilarious, and for those who don’t, it’s a cute new saying. This works for both groups of people, making it the best kind of ad because it’s appealing to everyone. With the #FML hashtag, the ad is also easily spreadable through all social media aspects.

Similar to Jell-O’s “FML” campaign, K-Mart also alluded to profanity to grab the attention of audiences with their “Ship your pants” commercial. This phrase that sounds similar to the common crude saying, but is actually informative and makes sense to the brand. The fact that it implies profanity, yet is relatable is what makes this commercial hilarious. 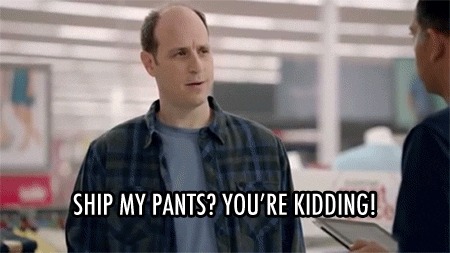 Click here to watch the “Ship My Pants” commercial!

Having an ad that makes people laugh is one easy way to get it to click with an audience. It’s what makes it memorable and most likely shared with others. Although profanity isn’t usually something advertisers want to place in their ads, the allusion of it makes for great marketing material. The relativity to the crude language is what makes it seem more “real” to audiences. It’s what can make the ad seem like one with the audience rather than just some informative brand that seems to be on a higher level than the people. Sometimes, brands need to have that feel for the people to want to partake in using that product or service and profanity seems to be one of the great ways for these large brands to make a statement in the advertising industry.