With pricey commercials during the Superbowl, Esurance used their savvy saving skills by grabbing the first commercial slot after the Superbowl. They not only saved $1.5 million by purchasing this commercial instead of one during the game, but they spread the word about it to their viewers. 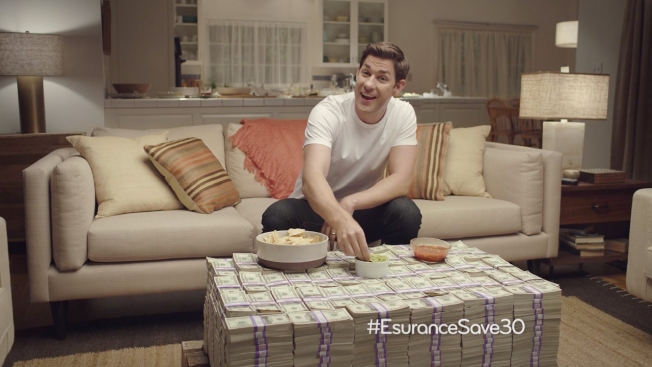 The tactic was carefully planned and worked out accordingly by starting with a celebrity spokesperson. Many know John Krasinski as “Jim Halpert” from the popular NBC television series The Office and because of this, Esurance hired him to capture your attention. From there, they started to deliver their message.

By using their savings, Esurance encouraged viewers to help promote the company with by tweeting with the hashag #EsuranceSave30 to win the money they saved from placing their commercial after the Superbowl. By incorporating social media and giving their viewers incentive to participate, Esurance became a trending topic almost instantly. What added to this was how they made each tweet with the hashtag another entry to win the $1.5 million. This helped achieve constant promotion rather than a one time deal so that Esurance would remain a trending topic until Wednesday night, when they would announce the winner on Late Night with Jimmy Kimmel.

The marketing doesn’t even stop there. Insurance companies are there to help you “save money” and Esurance also correlated this with their tactic of promoting their company. Many viewers don’t fully understand or realize that they were informed of Esurance and their insurance savings, but it has been engrained in their minds. Not only has the thought of saving been engrained, but the name Esurance has as well and that name will stay in their minds until the winning announcement Wednesday night.

By giving people incentive to promote for your company through social media, which is the fastest marketing tool, Esurance became the buzz everywhere since the Superbowl ended last night. This trending topic will remain trending and be constantly spread through all friends and family for the next 3 days. This makes Esurance the most influential Superbowl commercial this year (even though it was played after) because with $1.5 million to win, who wouldn’t want to join in on this promotional deal? Don’t miss out and start hashtagging #EsuranceSave30 today!