Online media and news spreads faster than on any other network including television and print media. This is due to the versatility of its nature. Anything online can be seen on a desktop or on mobile. CNN and BuzzFeed are collaborating to bring television news into the online world by launching an entertainment and video news channel on YouTube called CNN BuzzFeed. 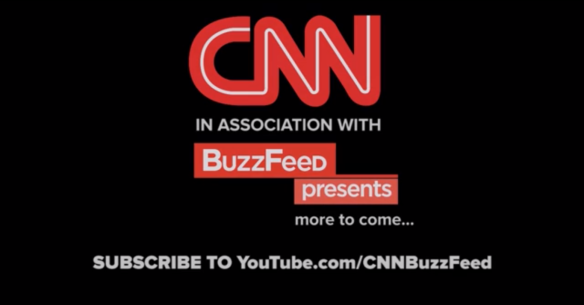 “There has been a massive cultural shift in how people—particularly young people—consume news and entertainment,” Steinberg said. “Over 70 percent of BuzzFeed’s traffic is social, almost half is mobile, and we are seeing these huge shifts earlier than others because the majority of our readers are 18-34.”

With 60 million users, BuzzFeed already has a strong presence on the web. They have also been making steps to include more substantial news to their site by adding a business-news section. By collaborating with CNN, BuzzFeed is expanding on that idea. CNN, on the other hand, is also at an advantage as they are trying to stay relevant among the younger generation to boost their ratings.

“By pairing the journalistic strength and reach of the CNN brand with BuzzFeed’s unique editorial approach and young audience, our partnership will enable both organizations to engage new audiences,” K.C. Estenson, svp of CNN Digital, told the Journal.

This new collaboration looks like the next big thing as people are able to watch and spread the news quicker. The advantage of having the news on a YouTube channel is its mobility and the ability to share the link on social media networks. This media evolution is the start of news for the future and is sure to grow.

The Future of Blogging