Gay marriage has been all the hype in politics lately but what has pushed the Defense of Marriage Act (DOMA) is the interaction of social media. Many have wondered why red boxes with a pink equal sign or some variation of this symbol has been taking place of Facebook profile pictures. By placing the image as your profile picture, you are showing support for gay marriage as a believer of marriage equality for all. 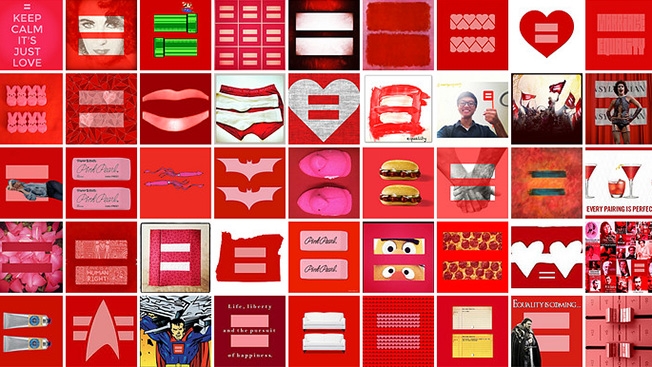 Social media networks such as Facebook and Twitter bring up all the hype in what’s going in the news. From who fell at the Oscars to who is at war to who is allowed to get married, social media prevails in spreading the word to friends and family onto other circles of people. With this social media campaign direction, people who you never even thought cared about gay rights or politics are expressing their opinions to the public about these issues.

What makes a campaign successful is the ability to instill an idea or movement in those who never thought about participating. Through these DOMA icons all over Facebook and other social media outlets, gay people have found the support they need to gain their rights for marriage.