Sex with Google Glass is an experiment here to advance your sex life. Google Glass, first released back in April 2012, is a wearable computer that communicates with the internet via voice commands. With this handsfree head device, you can do numerous things such as take pictures, record videos, ask for directions, track data and with this new app, sex will never be the same again.

In November 2013, developers at the Google Glass and Wearables Hackathon in London were given one day to create applications with the glasses and Sex with Google Glass was born.

Sherif Maktabi, one of the app’s developers, explained,”We are trying to change the way you experience something personal. It’s about seeing two perspectives, at the same time. Seamlessly.” 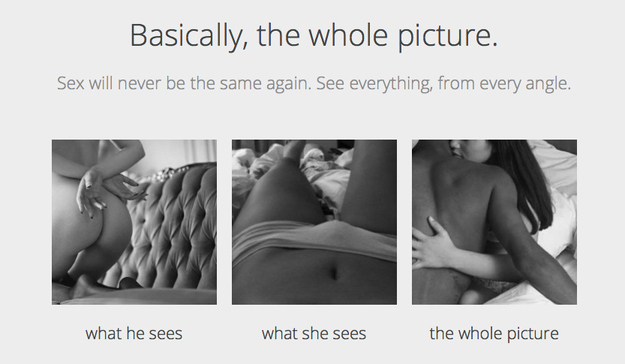 Google Glass operates on command with the phrase, “OK, Glass. It’s time.” During the process, you can ask even ask Google Glass what positions to switch to and the glasses will then give you lessons from Karma Sutra. With the Sex with Google Glass app, you can record the intercourse from both you and your partner’s point-of-view and watch the film after. The film will be deleted 5 hours after it is recorded so you don’t have to worry about a Google Glass recording scandal.

The creation also allows for multi-view streaming and many different options to heighten the mood and experience. It can be synced up to a smart lamp or home device to control lighting and music. See the image below for examples.

The developers plan to release a free Iphone version of this app early February named “Glance.” Sign up here to be the first to know.