2013 was a great year for Seattle-based hip-hip artist Macklemore and producer Ryan Lewis as they received countless awards including an MTV Music Award, a Teen Choice Award and many more due to their successful social media efforts. Their success came from paving an independent path on YouTube rather than signing with a label, which helped them to connect with fans in a way that was more intimate.

“With the power of the internet and with the real personal relationship that you can have via social media with your fans… I mean everyone talks about MTV and the music industry, and how MTV doesn’t play videos any more — YouTube has obviously completely replaced that. It doesn’t matter that MTV doesn’t play videos. It matters that we have YouTube and that has been our greatest resource in terms of connecting, having our identity, creating a brand, showing the world who we are via YouTube. That has been our label. Labels will go in and spend a million dollar or hundreds of thousands of dollars and try to “brand” these artists and they have no idea how to do it. There’s no authenticity. They’re trying to follow a formula that’s dead. And Ryan and I, out of anything, that we’re good at making music, but we’re great at branding. We’re great at figuring out what our target audience is. How we’re going to reach them and how we’re going to do that in a way that’s real and true to who we are as people. Because that’s where the substance is. That’s where the people actually feel the real connection. “

Through social media branding, Macklemore and Ryan Lewis paved their way to success. Their website featured the album, where to purchase merchandise, their show schedule and various pictures through a blog that shows what goes on at shows both from a fan perspective as well as behind the scenes. This section, especially, gives off the feel of intimacy where Macklemore is an artist but is also one of the people to share a connection. 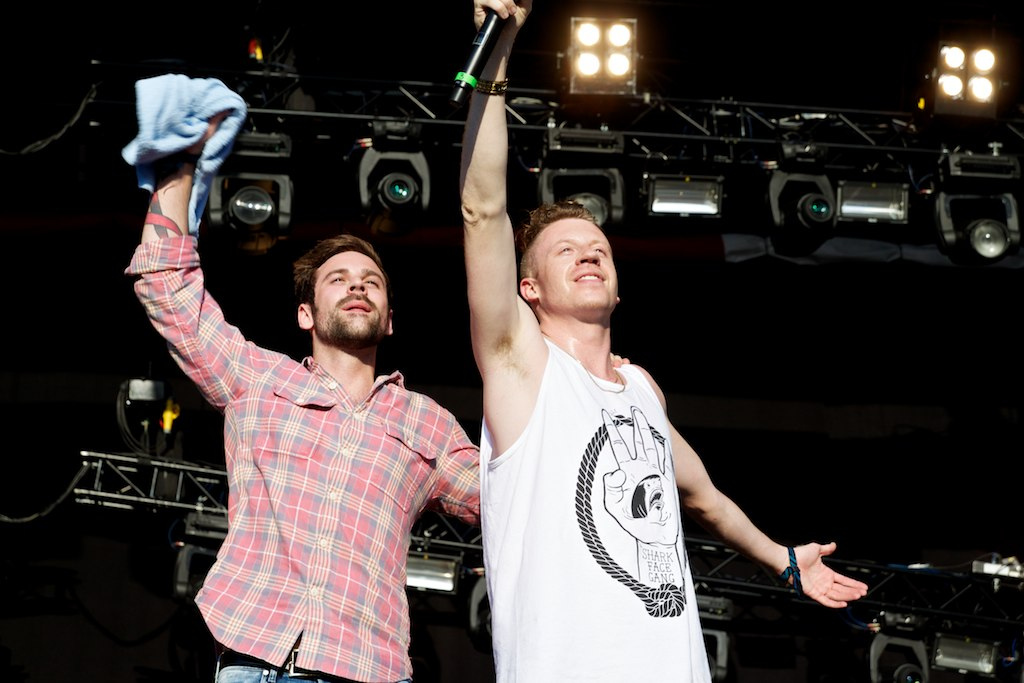 The Facebook page gives a similar intimacy as Macklemore updates it daily; sometimes multiple times a day. He shares EVERYTHING with his fans including free performances, messages thanking for support, pictures with his fans that tag them and information about their other social media channels. On Twitter, he constantly retweets what his fans say, answers questions and announces upcoming shows. YouTube has been the biggest social media outlet for Macklemore. He relinquished a lot of control over his videos so that they can be placed on different Youtube channels, allowing viewers to see them wherever they please and free of charge. As branding gurus, Macklemore really understands his audience and the demographic he is trying to reach out to.

Although Macklemore and Ryan Lewis have it big now, nothing is stopping them from the constant social media branding. With the Grammys coming up Sunday, January 26, Macklemore surprised a Bronx, NY bus with a performance of “Can’t Hold Us.” The performance was recorded by Macklemore himself and several of the bus passengers, bringing several videos to YouTube and spreading their marketing efforts. With over 1.3 million hits on this video in less than 3 days, Macklemore and Ryan Lewis still got it.