What makes things stick in people’s minds and go viral in social media? What makes its way through the real world and into these online networks? This is a wide array of reasons from trends to how funny to how messed up to how cool something is.

A common stereotyped trend that has been spread throughout, especially in NYC, is the “hipster” lifestyle. Yes, some boast it and some look down on it but everyone knows it’s out there and that’s really the best kind of marketing. Marketing that causes contradictions and gets people to talk and lets the news float all over the city is just want you want. 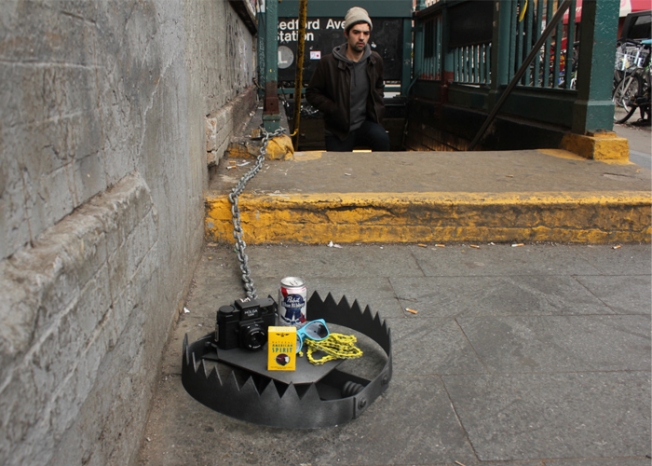 Recently, these “hipster traps” filled with things from Pabst Blue Ribbon to American Spirits were placed as a public art project throughout Brooklyn. Those who participated in this stunt included Jeff Greenspan, the artist responsible for making separate sidewalk lines for “Tourists” and “New Yorkers”. These projects involved things that everyone thought about but just never really spoke of and Greenspan broke us out of our comfort zones with them. What adds to these projects is not only the talk, but the clear recognition of Greenspan as an artist. 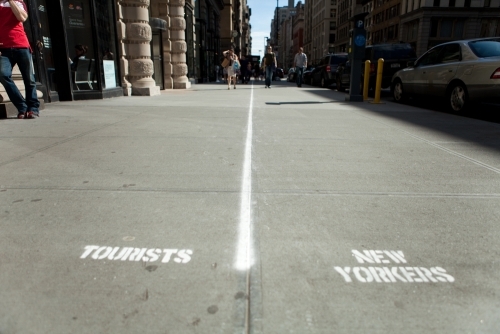 Greenspan was a genius with these public projects to market himself. He was able to grab the attention of the people in real life and bring it to social media as well. Images of these projects were spread all over the internet through social networks including Facebook, Twitter, Tumblr, etc. This method of branding and marketing brought Greenspan to the spotlight of street artists and now he has really made a name for himself.