Emergency 911 Text Service: Coming to a City near You 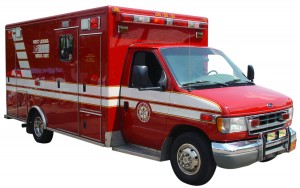 With cellular devices now dominating communication in the U.S., it only makes sense that our emergency response teams upgrade to receiving 911 dispatches via mobile phone text messages.

According to a recent article from Mashable, the Federal Communications Commission (FCC) has issued a ruling that requires all mobile service providers to now offer their customers a “text-to-911” option. The FCC believes the new requirement will help save lives in situations where persons requiring emergency assistance may be unable to speak or hear, whether it be due to a disability or an endangerment in-process.

The FCC reiterates that text-to-911 should not replace calling 911 and should only serve to complement its existing emergency service line.

In a statement from the FCC, “More than one hundred 911 call centers serving portions of 16 states and two entire states (Vermont and Maine) are now accepting emergency texts, and there are already reports of lives saved.”

What we don’t know is whether this new service will use location-based tracking data to trace text messages or whether the inability to ask immediate follow-up questions could complicate matters or cause a delay in emergency response timing.

What do you think of the text-to-911 service? In an emergency, are you more likely to use it versus a traditional phone call? Tweet us your answers @VanWestMedia.