As Dunkin’ Donuts enters its third year as an ESPN sponsor for Monday Night Football, they plan to run the first ever TV Vine ad during the pregame show tonight. Vine, Twitter’s popular social video app, has paved its way up the popular charts and Dunkin’ is joining the game with a 5-second animated billboard ad. The ad will be released in between ESPN segments and will rotate between 4 different ads throughout the 16-game season. 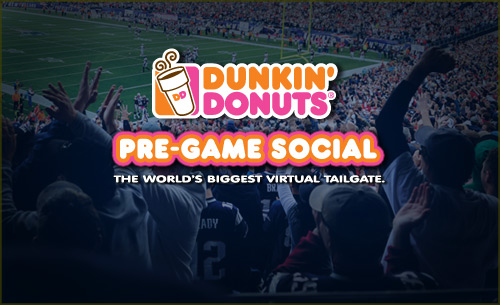 “We think a billboard using Vine is dramatically more engaging than a standard billboard with a corporate logo on it,” said Scott Hudler, Vice President of global consumer engagement, Dunkin’ Brands. “Everyone is multitasking while watching TV with their phone, tablet or laptop. A lot of times, the content on their mobile device is not related to their TV shows. We want to make sure we’re supporting our TV investment with social media. It’s our job to make sure that it’s tied together to drive consumer engagement.”

Along with the 5-second Vine billboard ads, Dunkin’ will also release promotional Vines for retailers that feature a memorable play from the first half of the game and replace key elements with a Dunkin’ Donuts product. These Vines will be labelled with the #DunkinReplay hashtag to circulate through social media. 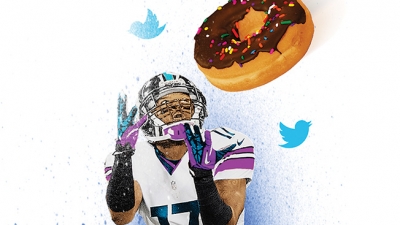 “We’ll buy Promoted Tweets on Twitter and target people who are already watching the game, so they know that this fun content is available,” explained Stacey Shepatin, Senior Vice President at Hill Holliday, the branding agency of Dunkin’ Donuts.

Advertising agencies understand how social the field of sports is, especially football. By incorporating social media into the games, there will be more interaction with the people. By analyzing the social media, Dunkin’ Donuts is able to see what audiences want to participate in and can drive sales in that area.