Why .com Top-Level Domain is Still the Boss

The choice used to be simple.

There were only three kinds of top-level domains: .com, .org, .net – for commercial, nonprofit, and network-related domain names, respectively. But then, obeying the universal law of entropy, soon there were hundreds. Someone counted 735top-level domains in existence just a few months ago, and that’s in addition to the uncountable, now-extinct TLD species! I bet there’s twice as many today. Want a .pizza domain name? You’ve got it! How’s html.pizza for a nerdy-cool web development company – or give-up.pizza for a weight-loss business? Want a .beer? It exists. 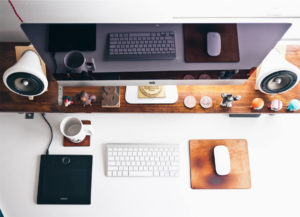 For any business that looks for improvement in digital branding by acquiring a new domain name, today there’s Plenty o’Toole. But of all that domain name variety, .com still reigns supreme. It dominates the market of top-level domain names the way Don Draper dominates Sterling-Cooper in “Mad Men“: .com is the tallest, most handsome and charismatic, and the most unavailable dude in the room. I can buy webdesign.io for about sixty dollars right now, but should I desire webdesign.com, I would have to battle iThemes for it.

According to popular and respected opinions, .com is everyone’s favorite because it’s been around the longest. It’s tempting to think that way, but I’d like to disagree. Microbes are among the oldest living species in the world, yet I wouldn’t count them among my favorites.

What makes .com so strong? I’ve been wondering about it ever since .com’s dominance became obvious. It’s not idle curiosity on my part: the way branding works is reflected in .com, like the world is reflected in a drop of water. If we figure out why .com is so much more potent than all its competitors, we can use the knowledge to create influential new brands – and to select new domain names for our clients would help their websites achieve maximum effectiveness and profitability. For example, we could determine why such two similar-sounding automotive brand names as Volvo and Volga faired very differently on international auto market.

Finally, and most importantly, .com is the most flexible among the top-level domains. As Leon C. Megginson once remarked, “it is not the most intellectual of the species that survives; it is not the strongest that survives; but the species that survives is the one that is able best to adapt and adjust to the changing environment in which it finds itself. “ Surely you would agree that .com is more flexible in its application to various types of ventures than .plumbing?

Drop Van West Media a line or tweet us @VanWestMedia, if you’d like to share your insight on what makes .com such a powerful top level digital brand!