At Van West Media, we take the month of March very seriously. Why? Two words: basketball and beer. Of course, St. Patrick’s Day is a holiday celebrated worldwide – so we decided the best way to celebrate St. Paddy’s Day and the NCAA March Madness tournament was with a green beer taste test and a Van West Media-branded basketball bracket, which you can download for yourself here.

Food coloring was added to three different lagers and one ale which were judged blindly by three individuals to determine which we thought might make the most ideal green beer for St. Patrick’s Day. 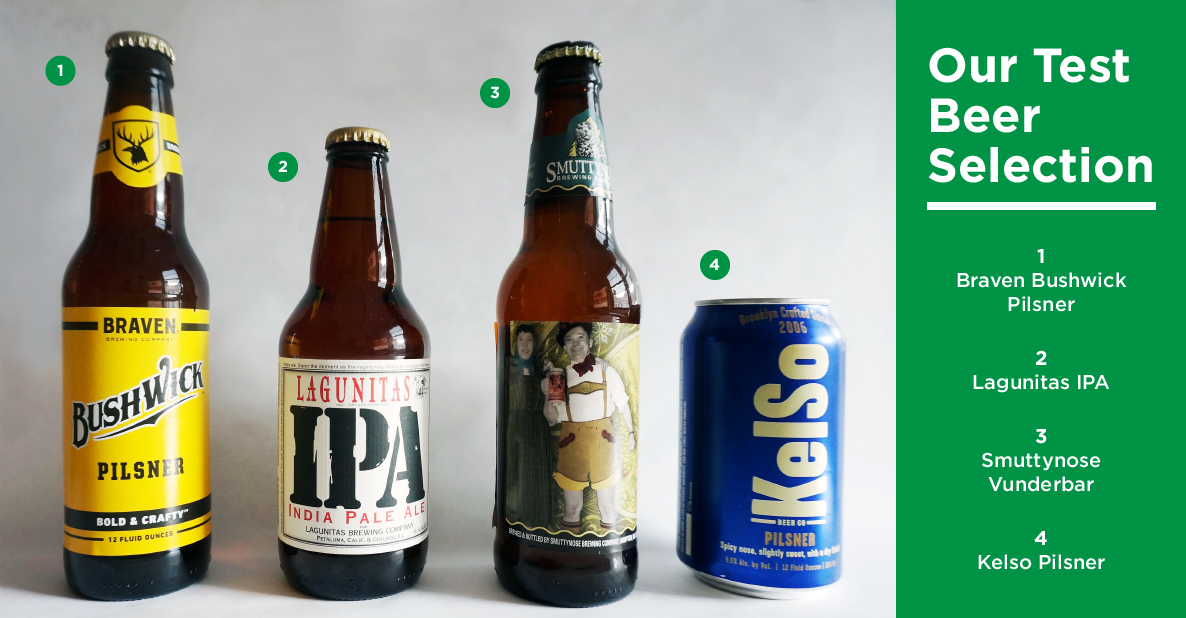 The beers were poured into clear plastic cups and labeled A,B,C,D to keep it anonymous. This was a non-scientific, but very enjoyable exercise. 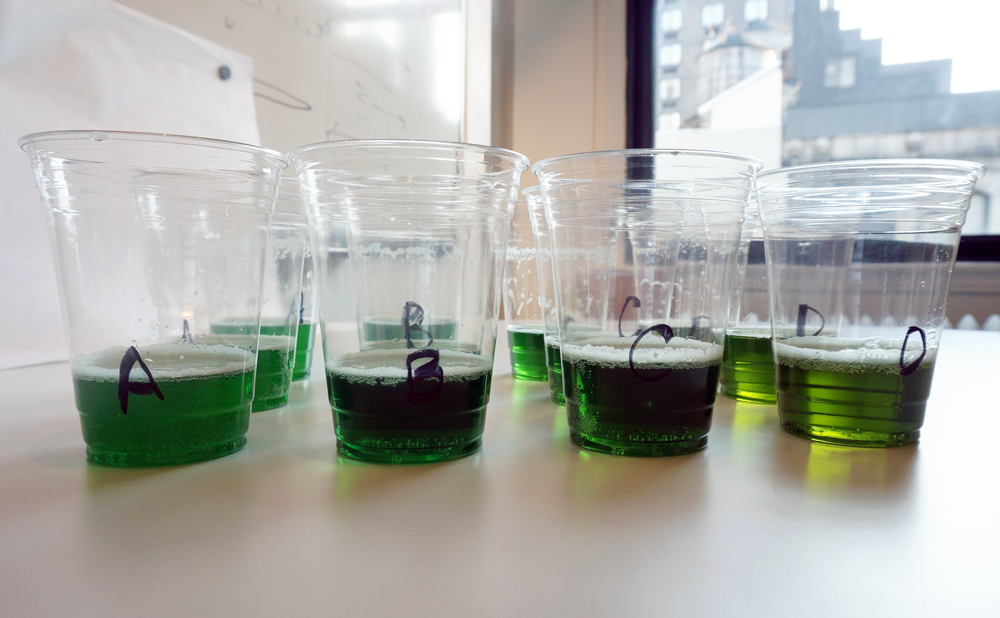 PSA: No leprechauns or rainbows were harmed while carrying out this experiment.

Ales vs. Lagers – What Gives?

These two types of beer are like the primary two branches of the beer family tree and every beer (exluding some sours/wild beers and extremes) falls into one of these two categories. The most notable difference is bottom-fermenting yeast versus top fermenting yeast, as well as the temperature at which the beer is fermented. Lager yeast likes to bottom ferment at colder temperatures whereas ale yeast is top fermenting and likes things a little warmer.

For the science types out there – yeast are single-celled mircororganisms and there are hundreds of varieties and strains out there. Different yeast strains can impact the finished flavor of beer in different ways and remember – no yeast = no beer so show some respect. There isn’t a ‘better’ or ‘worse’ when it comes to Lagers or Ales and there are many different individual beer styles within each of these categories.

Beers and Styles Used in This Experiment 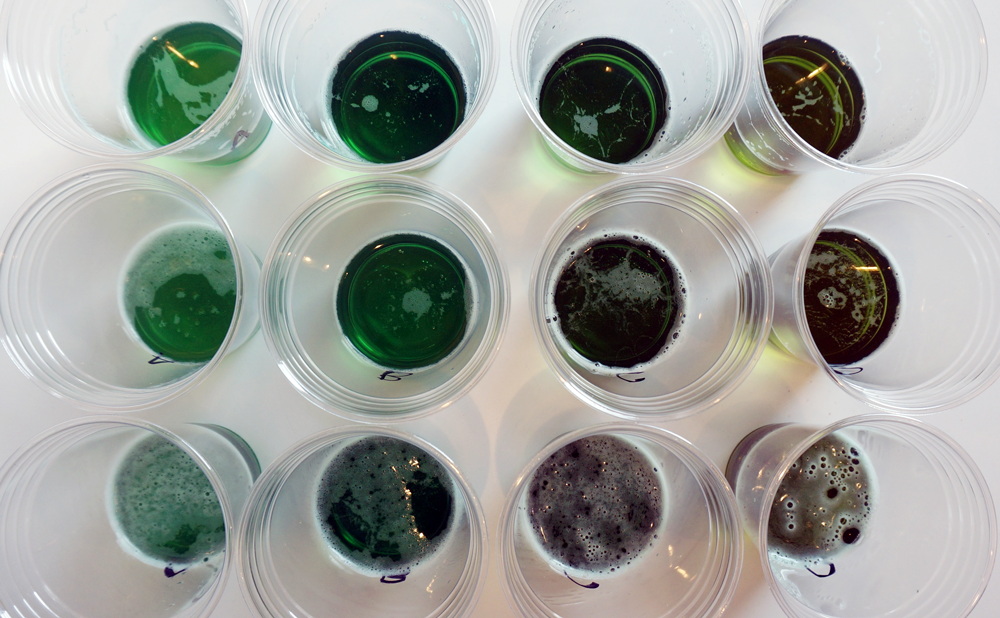 A well established IPA from California that has been around since before this whole craft beer thing was even a thing. Bitter, hoppy and high gravity (strong). Fun fact – 43 different hops and 65 various malts!

Smuttynose Vunderbar Pilsner – German Pilsner
A delicious clean, clear and crisp drinking lighter colored pilsner. Delicate and easy to drink and amazingly good when you can find it really fresh or on draft. Fun fact – There is an actual song for this beer (read on or view below. You won’t regret it)

Kelso Pilsner – Czech Pale Lager (Czech/Bohemian Pilsner)
Head brewer Kelly Taylor has a history in beer stretching back to the early 90’s and founded Kelso with his wife in 2006. Aside from brewing awesome beer, he has mentored countless other brewers and industry folks in the NYC area. Fun Fact – local favorite brewing right here in Brooklyn!

Braven Bushwick Pilsner – Czech Pale Lager (Czech/Bohemian Pilsner)
Kind of the new kid on the block, Braven Brewing Company has been around since 2013 with a strong affinity to the Bushwick Brooklyn neighborhood. This beer was brewed in the tradition of an old Brooklyn style and is something you can drink all day and still walk straight on your way to the L-train that’s running shuttle and 30 minutes late. Fun Fact – currently raising money to build a brewery if you want to invest.

How We Rated the Beers 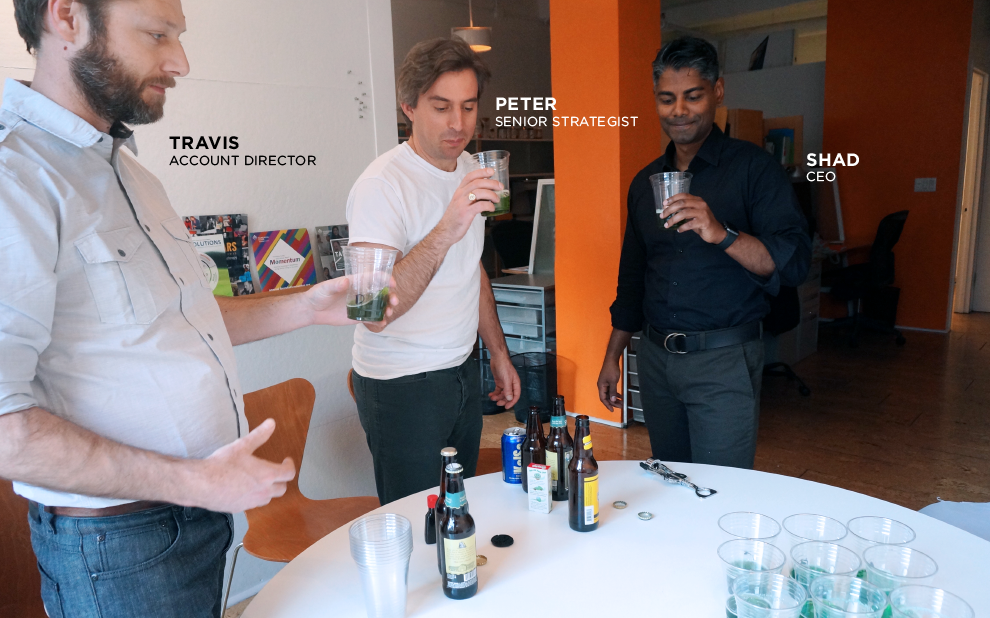 Very unscientifically. I repeat, very unscientifically, but hey – the beer was green. If we were being responsible we would have used something like the scoresheet from the Beer Judge Certification Program, which is a well-established 50 point scoring system for rating beer in BJCP sanctioned homebrew competitions. This scoring system provides an easy to follow and mostly objective framework in which beers are scored according to accuracy of their defined style. You can download a BJCP scoresheet online. Below are the primary metrics (beer goggle analytics, anyone?) used in their scoring framework.

Not that we followed BJCP Guidelines, but if we did it, the rating framework would be as follows:
Aroma – 12 Points
Appearance – 3 Points
Flavor – 20 Points
Mouthfeel – 5 points
Overall Impression – 10 points

Overall Impression (3B): Rich, characterful, pale Czech lager, with considerable malt and hop character and a long, rounded finish. Complex yet well-balanced and refreshing. The malt flavors are complex for a Pilsner-type beer, and the bitterness is strong but clean and without harshness, which gives a rounded impression that enhances drinkability.

And the Winner is… 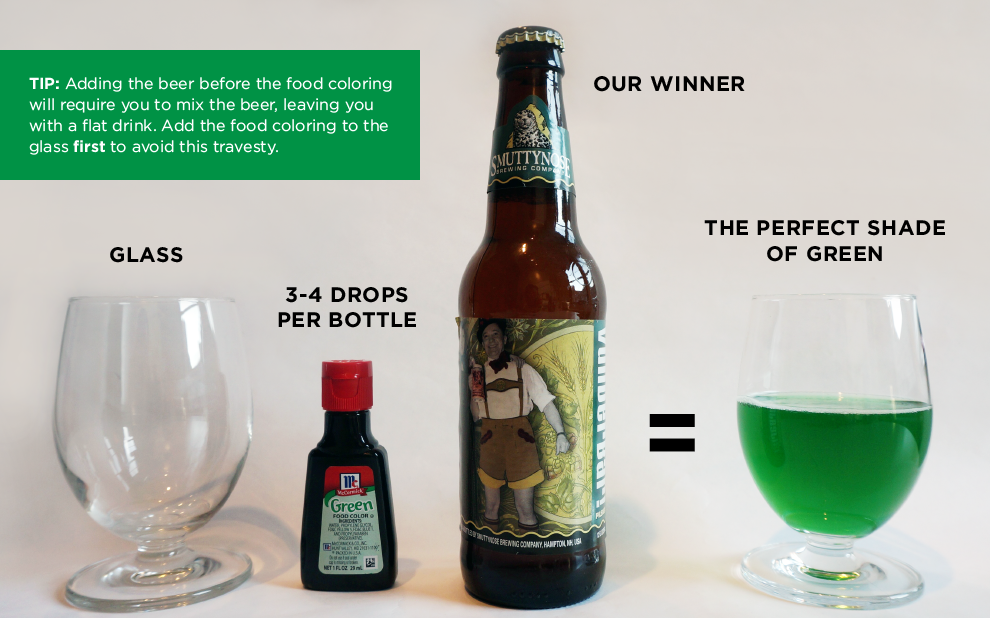 Beer Nerd Warning: Since we were judging multiple styles at different temperatures and at different freshness, the results can hardly be considered scientific or conclusive. We were also performing under sub-optimal workplace conference room conditions – primarily meaning no pretzels for palette cleansing, beer with varying freshness dates (always look to see if your beer has a date before you buy it), temperature differences in one of the styles and a vague guilt about the unanswered emails piling up in inboxes while we shamefully colored perfectly good beer green. That being said, the judging was blind which provided some objectivity. 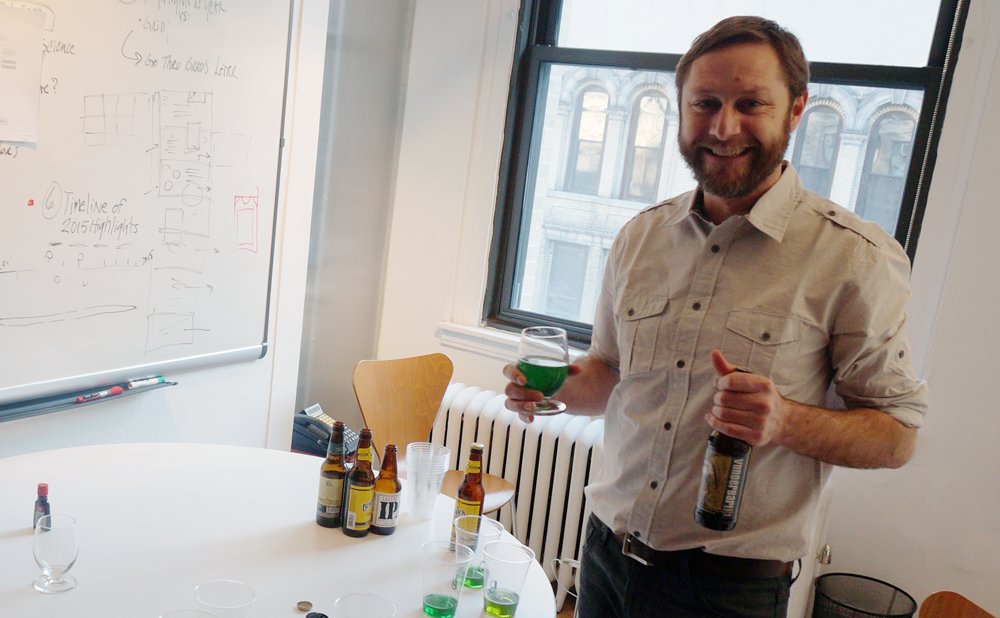 So before you start feverishly filling out your NCAA bracket over some green beer, here are some words of wisdom we learned from the owner of Good Beer NYC, an amazing craft beer shop in the East Village of NYC:

What’s the best beer in the world?
The one that’s in your hand right now.

How Nonprofits Can Benefit from Google Ad Grants