Like many brands of alcohol, Heineken is one that embraces the adventurous and spontaneous nature of having a good time. With a simple game, travelers experienced the nature of this brand with the push of a button. 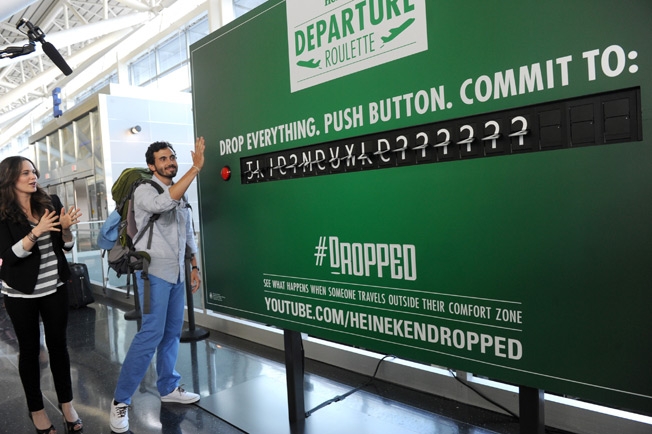 Wieden + Kennedy set up a board at one of  JFK Airport’s terminals in New York. The game was “Departure Roulette” and changed destinations of travelers to somewhere more exotic than the one they were planning on going to. Those who participated in the game has to agree to drop their existing destination and head to the one that was selected for them through the board.

A man who planned a six-week visit to Vienna to visit his grandparents ended up going to Cyprus. Heineken gave him $2,000 to cover his expenses and booked him a two-night stay at a hotel. 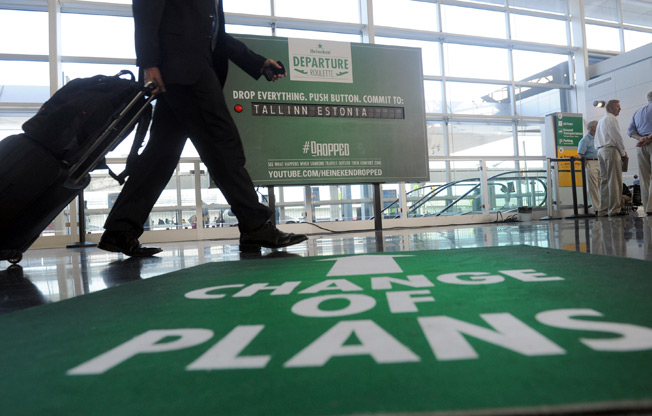 This “Departure Roulette” game by Heineken was inspired by their previous campaign “Dropped,” where four men were sent to different destinations to film their adventures. Heineken plans on testing out this game in several different locations on various days within the next few weeks.

Be adventurous. People love exciting interaction and that’s what Heineken brought. The participants were able to experience the spontaneous essence of the brand and hat’s truly what brand should strive for.