As we wrap up 2014, digital experts are already awaiting big changes in 2015 from social platforms like Facebook and Twitter. I know what you’re thinking: “Haven’t they run out of ideas by now?” Nope. Several exciting changes are in store for the new year, and we’ve laid out these expectations for you. 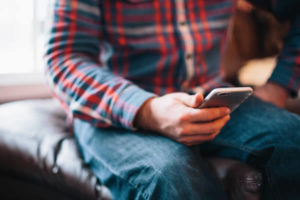 Moving into 2015, it has been predicted that Twitter will release a variety of new features. Some of these expected changes and additions include:

Representatives from the company continue to reiterate that their number one priority is to maintain Twitter as a real-time network. These changes are simply an opportunity to keep engagement relevant to each particular user based on his or her interests.

The layout for Facebook changes in 2015 has already been shared by none other than the social network itself, as they continue to regain trust from many who were put-off by their failure to disclose how it uses data gathered from its users.

A recent revision to Facebook’s privacy policy informs its users of how their data is being collected and used by the network in words we can all understand. Coming in 2015, we expect several new features and changes to advertising that everyone will be grateful for.

Year 2014 was filled with lots of changes, and it seems that 2015 is shaping up to be big for both Twitter and Facebook. Either way, it seems the new year is bringing new opportunities for our most-active social networks. Happy Socializing!

5 Things to Expect from Digital Marketing in 2015